Being one of the most comprehensive projects I have performed thus far, the project for the website for the steelworks factory Gunnebo Doetinchem lasted for about 2 months in 2017. The aim of the website was twofold: to offer an attractive insight into the company for potential job-candidates, but also for the local community and municipality officials. 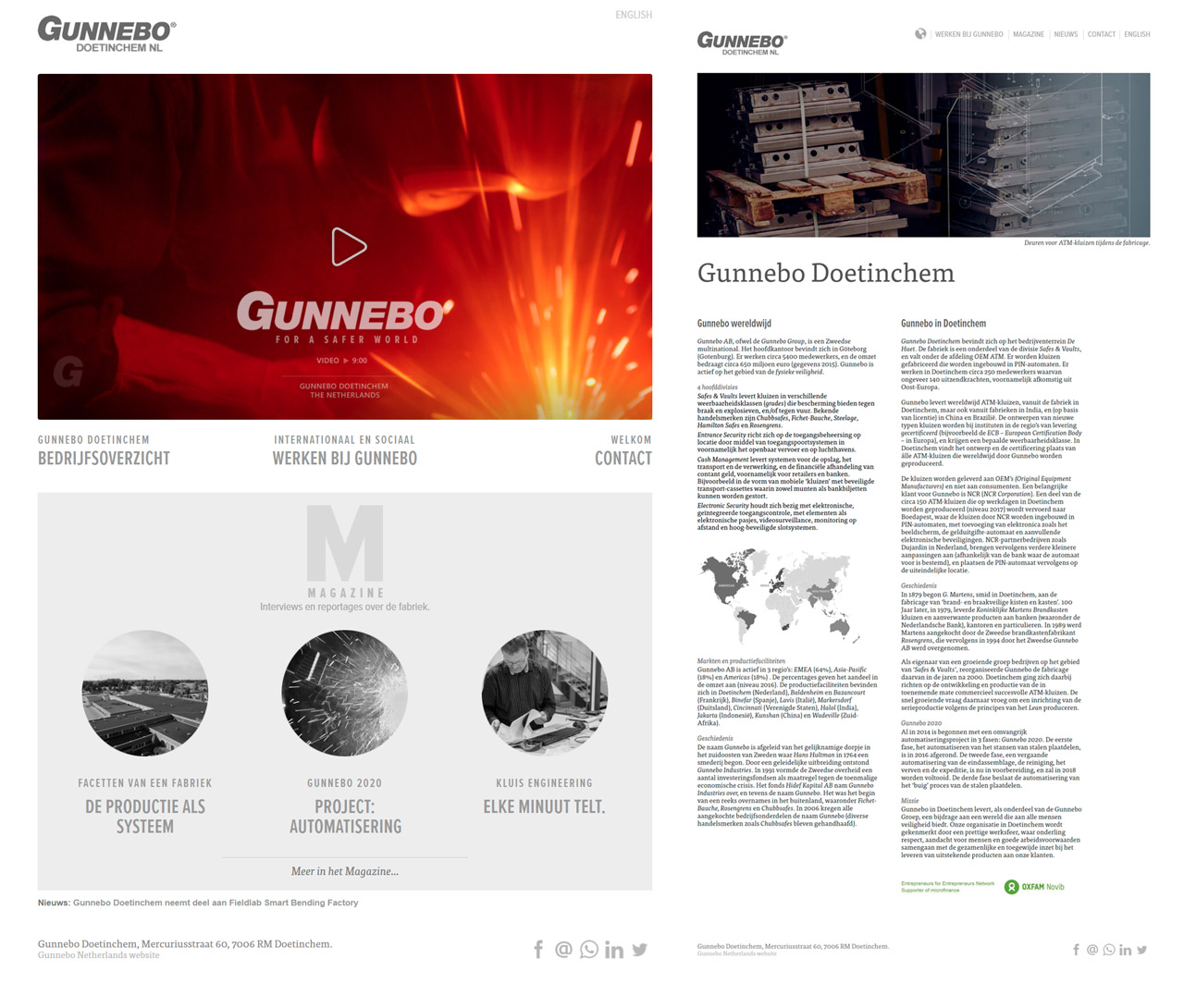 The project included a WordPress Theme (custom build), support for both Dutch and English (many employees at the factory are of Eastern-European origin) and an extensive Magazine style section with articles on the production process, and factory management and employees. About 12 short films and many photographs were made to be used in this Magazine. 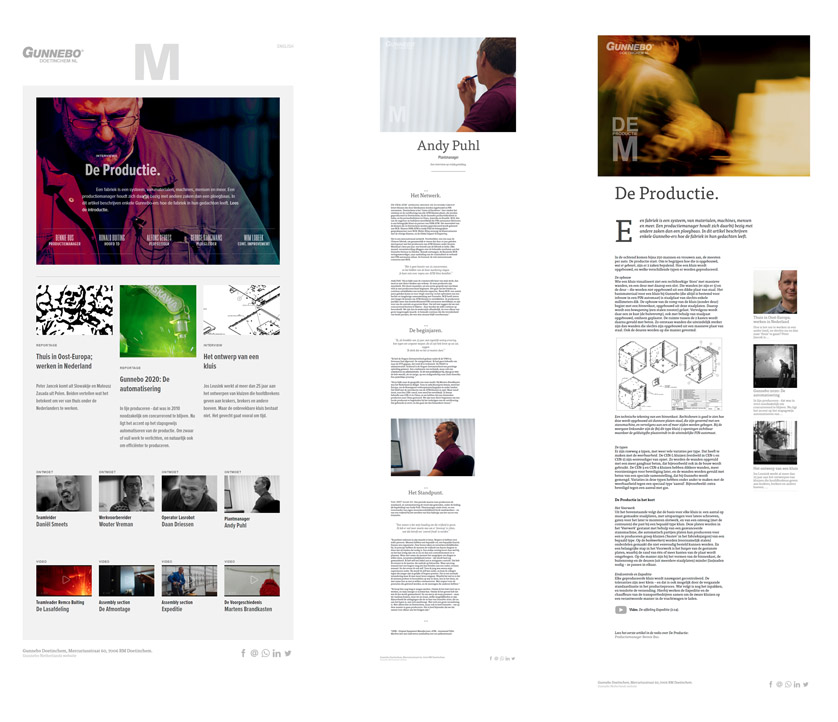 For this project, I spend about 6 weeks at the factory, while living in a rental home nearby. This allowed for flexible planning and ad-hoc opportunities for filming, and gave me a genuine insight into the procedures and culture at the factory. On several occasions I was helped by collogues during filming and while performing interviews (often, an interview with more than 2 people will yield a more dynamic result). Interviews and articles focused on the craftmanship at the factory as well as the human interest side of working at a factory.

Part of the project are regular updates to reflect the ongoing affairs at the factory. One of these developments concerns an extensive automation project which spans multiple years.

Sequence of a short feature on a junior welding robot operator. 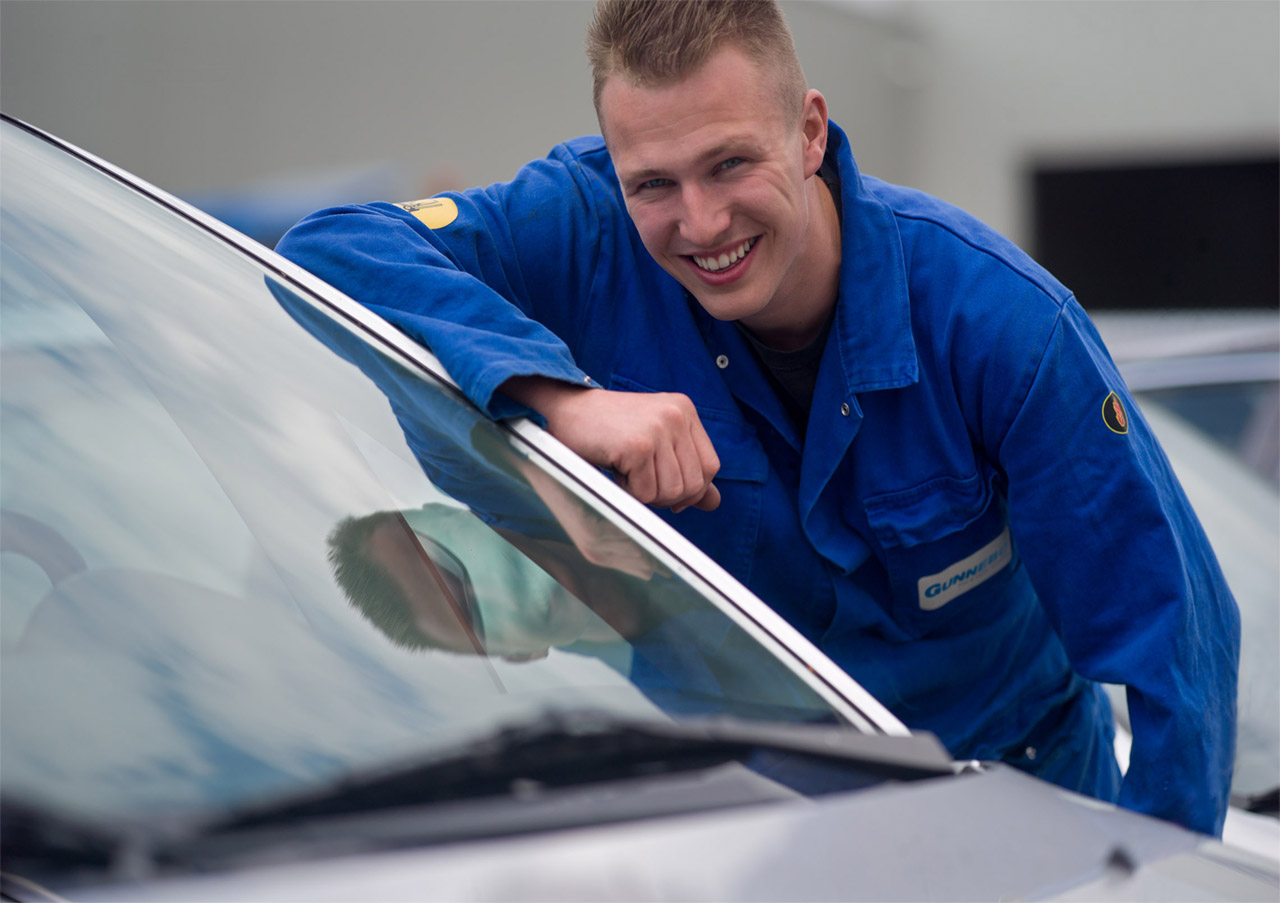 Image for the accompanying Magazine article. 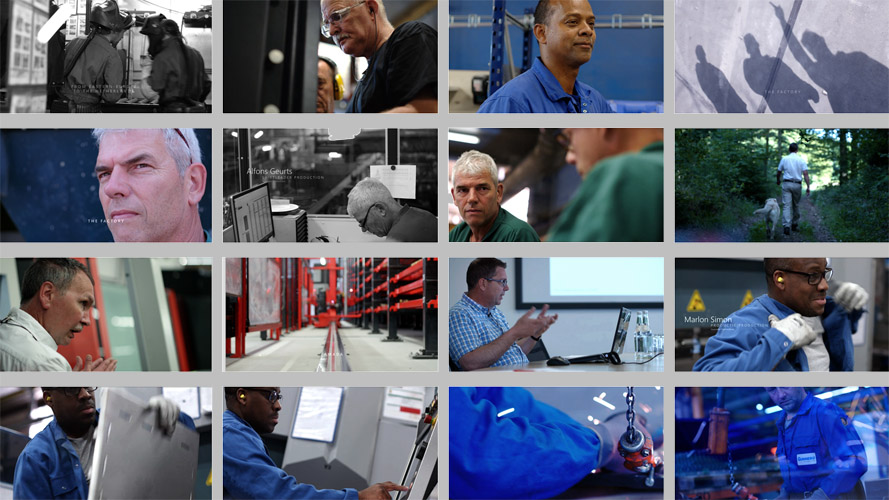 Scenes from the set of short films.